If you speak to most writers, penning a new poem is one of the most gratifying experiences. At least once you’re up and running. Beginning one, alighting on inspiration, can often seem random.

Lots of great poets I know don’t wait for inspiration to strike. They show up at the desk, or plunge right in from an arbitrary prompt and see where it takes them. But if sitting at a desk feels a bit too intense for you, below I share three, fairly languorous ways to inspire a new poem. 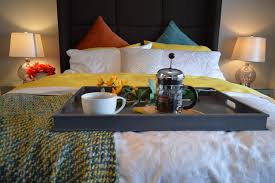 1. In the morning after you awake. As you lay just beyond the tyranny of mortal thoughts.  Meditative moments – informal, meditative moments I mean here – can bring a poem rushing out spontaneously. Best to keep a pen and paper near your bed, so noting it down is a non-disruptive stretch of the arm, no more. The other early morning route is to read someone else’s poetry – conceptual collections often work for me here, perhaps because something bigger has worked its way into my consciousness. The half-conscious state, coupled with the trigger of newborn-thinking often triggers some idea.  This morning I was reading Jubilee Lines, an anthology of poems  – one for each of the queen’s reign from her coronation up to 2012.  Most of the poems were reflective, and they made me think back to my father’s death in 2014. I began, “That year…”, but the resultant poem was not completely fresh; it was a re-imagining of one I’d written a few months after his passing. Which begins me to Method 2.

2. Use a fresh prompt – a fresh beginning, or a fresh image and merge it with a poem you’ve already written. The prompt can be as simple or generic as mine (‘That year…”), or a standard poetry pantry staple: “I remember…’). Perhaps another prompt might just appear – glance outside the window, try scanning your room.  The poem to merge could be one you haven’t finished which lies resting somewhere, or one which is successful yet but whose flavour you chime with. Perhaps don’t reread it, and don’t try to mimic it exactly – just let its essence merge with the newness of the prompt – almost like tingeing a photo with sepia or blue wash, and see what it throws into relief. In the original poem I referred to in point 1, I mention seeing my late father in other passing men.  Then, the accent fell on nostalgia, the thought of conjuring him next to me on a bus. In the new version, I discovered it’s not so much about the passing men as their distance from me – the elusiveness that makes my father seem alive again.

3. Meditate regularly for a while – and I do mean ‘formally’ this time – if that’s not an oxymoron to the letting-go meditation implies. This is not a tangible or quick-fire doorway to creating a poem; but you’ll find that your ability to notice (and choose) your thoughts gets stronger over time. As you might expect, this is the optimum state to create or ‘catch’ poems in that Ruth Stone kind of way. For me, this strengthens the possibility of the spontaneous poems mentioned earlier. Two of my favourite self-penned poems were written on consecutive mornings, during a regular meditative period in my life. What’s especially noteworthy is that they came out as full drafts. I still have the originals written in a lovely notebook gifted by an old writer friend of  mine. Another, almost a personal anthem, came during a different meditative period; a poem in turn inspired by a painting that sprung up from my well-being. (The clarity had brought me closer to my true ‘artistic’ nature than any time in my whole adult life – or since about age eighteen.) That particular period involved two meditations a day, and great sleep every night, a double-feat I haven’t managed for a while. If I could bottle that state, I’d have dozens of collections written by now. I’d sell the state itself, live off the proceeds, and not have to write!

So there you have it – three windows to writing a poem. The latter principally for the committed poet, willing to try something new (presuming you don’t already meditate) – or anyone who’s let their TM practice lapse for a while. I’d say three to four weeks of regular sitting to see a noticeable change in your thinking.  (Which surely must lead to a change in your writing?)

The other two methods are easy to try straightaway; and have so many variations, you could try one each day.